What is the difference between Title II, III, and IV Crowdfunding? 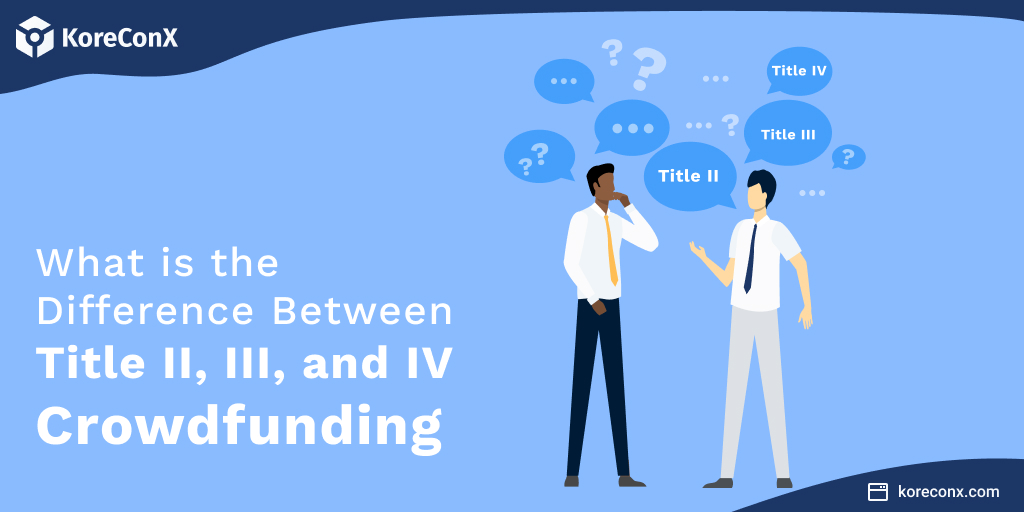 Through the JOBS Act, issuers can access new sources of capital to fund their business, create jobs, and provide new investment opportunities for everyday investors. Through the legislation, there are various options to choose from depending on which type of raise is best for a particular company. These different modes of fundraising are referred to as Title II, Title III, and Title IV crowdfunding.

Through Regulation D, Rule 506(c), issuers can conduct what is referred to as Title II crowdfunding. This offering places no maximum limit on the amount raised, but only accredited investors can invest in Title II offerings. Similarly, there is no limit placed on individual investors. The process is to launch this type of offering is typically very quick, requiring no audited financial statements. However, there is a maximum of 2,000 shareholders placed on these offerings. Issuers can sell Title II offerings through a regulated portal, but it is not a requirement for shares to be sold.

Title IV Crowdfunding often goes by its more well-known name, Regulation A+. Of the three options for crowdfunding, Reg A+ allows companies to raise the most, up to $75 million every 12 months. Just like Reg CF, investors can be either accredited or non-accredited. For non-accredited investors, they are limited to the greater of 10% of their annual income or net worth. Accredited investors have no limitations as to the amount they can invest in these offerings. The cost to launch a Reg A+ offering is more than that of Reg D or Reg CF, but far less than a traditional IPO and allows company leaders to retain more control over their company than traditional venture capital or private equity routes.

While the differences are listed above, there are some similarities between each crowdfunding option. All three allow issuers to “test the waters,” which means that they can test the market themselves to see if there is enough investor interest in the raise. All three options allow non-US investors to participate as well and can use a portal for the offering.

Additionally, neither Reg A+ nor Reg CF offerings limit the number of investors an issuer can have.

Depending on where your company is in its life cycle, there are various options available to raising capital. It is even possible for raises like Reg D or Reg CF to serve as a stepping stone for later Reg A+ raises. If going this route, the less expensive raises can help raise the necessary capital to afford the various costs associated with Reg A+ raises.

For more information, KorePartner Mark Roderick from Lex Nova Law shared a very helpful guide to the differences (and similarities) between these different forms of raising capital.