What is Secondary Market Trading? 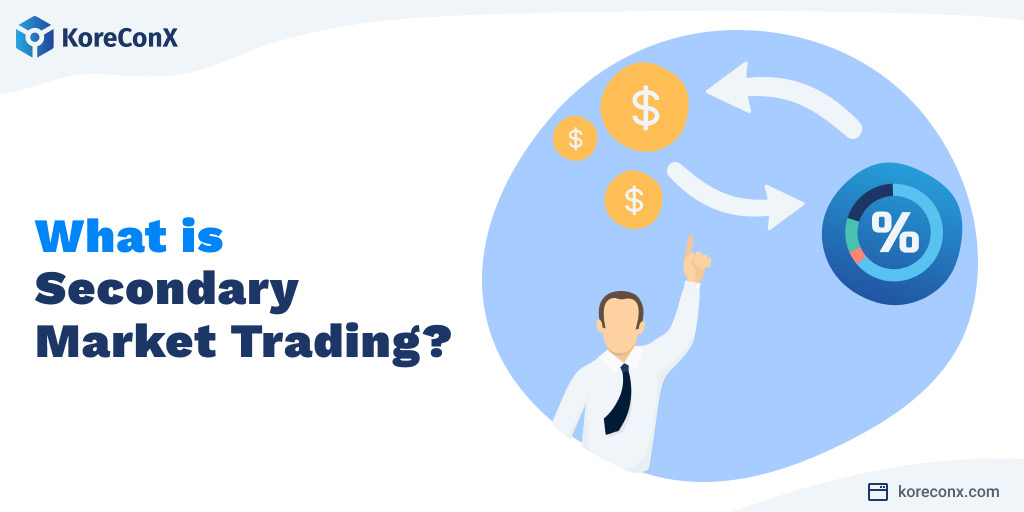 Even if you’re unfamiliar with the term secondary market, you’re likely familiar with the concept. Companies sell securities to investors, who in exchange own a piece of the company. The investor can then decide they would rather not own that security any longer, so they sell it to someone else who does. For public companies, this typically happens on the NASDAQ and the New York Stock Exchange, where people freely sell and purchase stock in publicly traded companies.

The exchange is considered secondary because the transaction is not done with the original company that offered the security. An example of a primary market transaction would be an initial public offering, or IPO, during which a company is offering securities directly to investors for the first time. For any security sold through a secondary market, the funds go to the investor selling, and not the company that originally offered the security.  This is one of the major distinctions between the primary and secondary markets.

Securities in private companies can also be sold through a secondary market, similar to stocks in public companies traded on the stock market. The investor, with the help of their broker, can offer their securities for saler. Once the offer has been accepted, the company that originally offered the securities must be contacted to approve the deal. Once approved, both the buyer and the seller complete the paperwork for the transaction and complete the deal.

KoreConX has developed an all-in-one platform, which includes a secondary market as one of its features. On the platform, every important authorization that is deemed necessary for the transaction to occur is kept in one place, allowing for information to be easily tracked and recorded. Buyers, sellers, brokers, and the transaction itself are brought together in one place to prevent errors that may have occurred otherwise. Additionally, the KoreConX Secondary Market eliminates central clearinghouses from the process, allowing for real-time confirmation and availability of funds once the transaction is complete.

Secondary market trading allows investors to sell securities they’ve purchased from private companies to other interested investors, similar to trading public stocks. Even though their sale is decentralized, platforms such as KoreConX allow for people to easily and securely sell their securities, creating a more efficient and streamlined process.