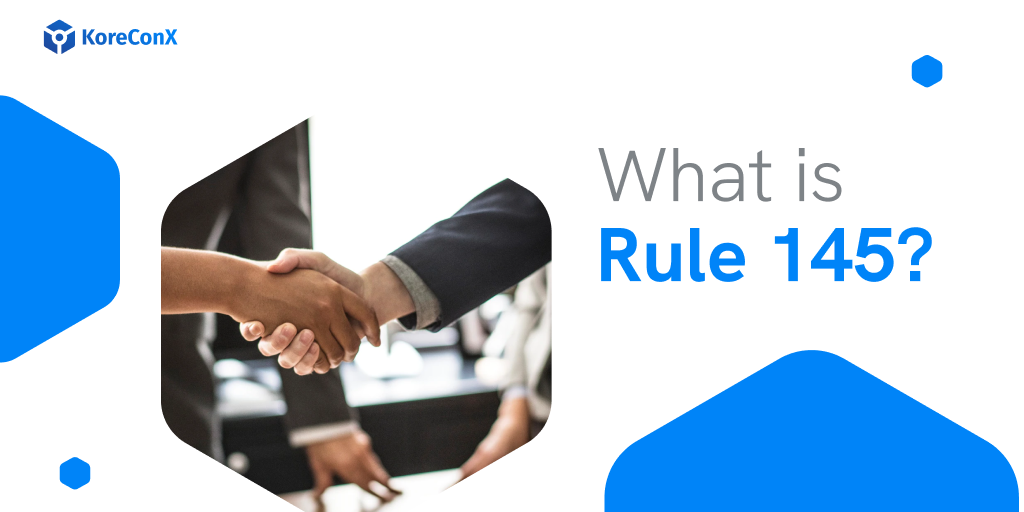 The Securities Act, passed in 1933, was created to protect investors following the stock market crash in 1929. It offers protection by ensuring more transparency and creating laws against fraud in the capital market. The Securities Act also requires companies to be registered with the SEC to sell securities to investors. At the same time, the SEC has introduced certain exemptions like Regulation A+ and Regulation CF, which allow private companies to raise capital without having to go through the process of SEC registration.

Another exemption is Rule 145, which “registered transactions in connection with reclassifications of securities, mergers or consolidations, or transfers of assets”. This is an especially important rule to be aware of for startups, as possible exit opportunities could include an acquisition.

Ultimately, the rule says that if shareholders vote to accept or reject a merger proposal, it is considered an investment decision with respect to the offer of the acquiring company’s shares. When a company wants to purchase another company that has investors from previous rounds of crowdfunding, it must register its offering under the Securities Act or comply with one of its exemptions such as Regulation A, Regulation D, or Regulation CF.

In addition, Rule 145 requires that all shareholders must approve the merger and receive full disclosure about the terms of the deal before they vote. Some states may also require shareholders with non-voting rights to cast their votes, as they are awarded certain inalienable voting rights in some scenarios.

If the acquirer is not a public company, registration of securities is typically a costly process. However, they can utilize Reg A+ if they have an offering active that can be amended. Regulation D is typically not utilized because investors from a Reg CF raise are likely to include many nonaccredited investors. Alternatively, some companies may opt to use Regulation CF. However, this option will not work if there are already more than $5 million worth of crowdfunding investments from previous rounds. Ultimately, these considerations must be made well in advance so that all shareholders are given proper notice and have enough time to make an informed decision about whether or not to approve the merger agreement before it takes effect.

And in some cases, the acquiring company was unable to offer shares to crowdfunding investors, requiring them to cash out these investors. However, many investors believed in the company’s vision and were interested in the long-term progress of the company, so a cash-out can be disappointing. At the same time, a cash-out may be difficult for companies without the available funds.

For companies exploring an acquisition for a potential exit after previous rounds of crowdfunding, these are some of the things that need to be taken into consideration. Just as a securities lawyer can help with initial offerings, they can also help you navigate these types of exits so you can do so compliantly.