What Impact Will Blockchain Have on Private Markets? 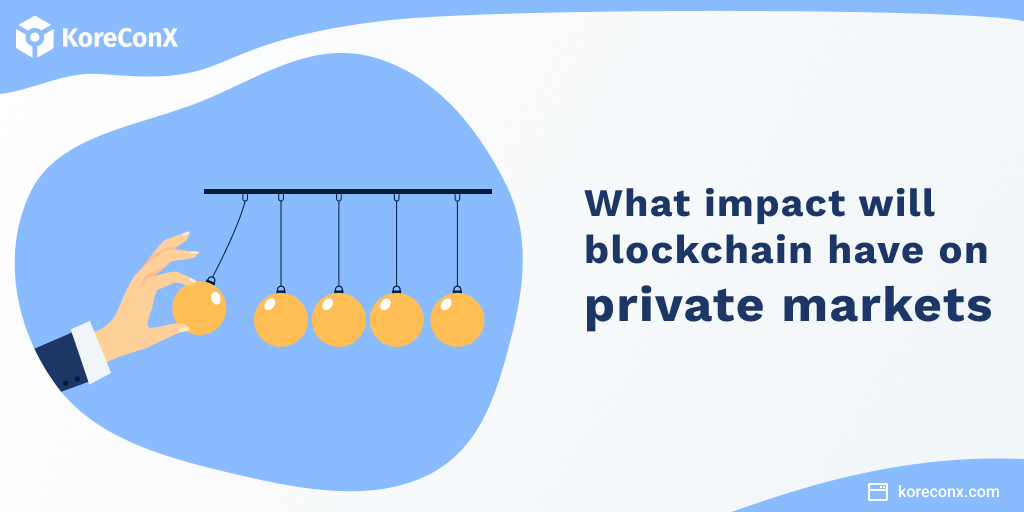 Blockchain has become a familiar buzzword, especially as things such as cryptocurrency grow in popularity. Currently, 46 million Americans now own Bitcoin. However, blockchain has many more industry-changing applications. Nearly any asset, both tangible and intangible, can be tracked and traded through blockchain.

Blockchain, also known as distributed ledger technology, is a database where transactions are continually appended and verified across by multiple participants, ensuring that each transaction has a “witness” to validate its legitimacy. Blockchain transactions are immutable, meaning that they cannot be changed, making it difficult for hackers to manipulate. Copies of the ledger are decentralized, not stored in one location, so any change to one copy would immediately make it invalid, as the other copies would recognize that it had been altered.

In private markets, blockchain technology has the potential to become a powerful tool, replacing manual inefficiencies with secure, digital processes. Everything from issues certificates to shareholders and preparing for audits becomes easier with transparent, readily available records. While public blockchains, like those that host Bitcoin transactions, enable anyone to participate, companies can also establish private and permissioned blockchains. In these forms of blockchain, the ledger is still decentralized, only access is controlled and only authorized individuals are allowed to participate.

Rather than traditional securities, private companies can use distributed ledger technology to offer shareholders digital securities instead. These securities are still SEC-registered or fall under exemptions like Regulation A and Regulation CF. Digital securities protect investors, enabling them to always be able to prove their ownership, and companies are protected from the possibility of losing records of their shareholders. Private companies also benefit from blockchain as records are already transparent and readily available. Rather than hiring an advisor to review company documents, private companies employing blockchain technology will have records ready to go when conducting any capital market activity. Blockchain also dramatically reduced the amount of manual paperwork, since digital securities can be governed by smart contracts that preprogram protocols for their exchange. In addition, blockchain makes it easier for private companies to share information and data, while shareholders can feel confident that records are immutable and unable to be tampered with.

Many companies are still in the early stages of adopting blockchain or are just beginning to consider its possibilities. Blockchain will only continue to be adopted by private companies both in the United States and around the world, improving the processes associated with private market transactions. The private market will benefit from increased transparency and efficiency, making transactions smoother for both companies and their shareholders.