USA vs. Canada: Who Has Better Capital Raising Rules 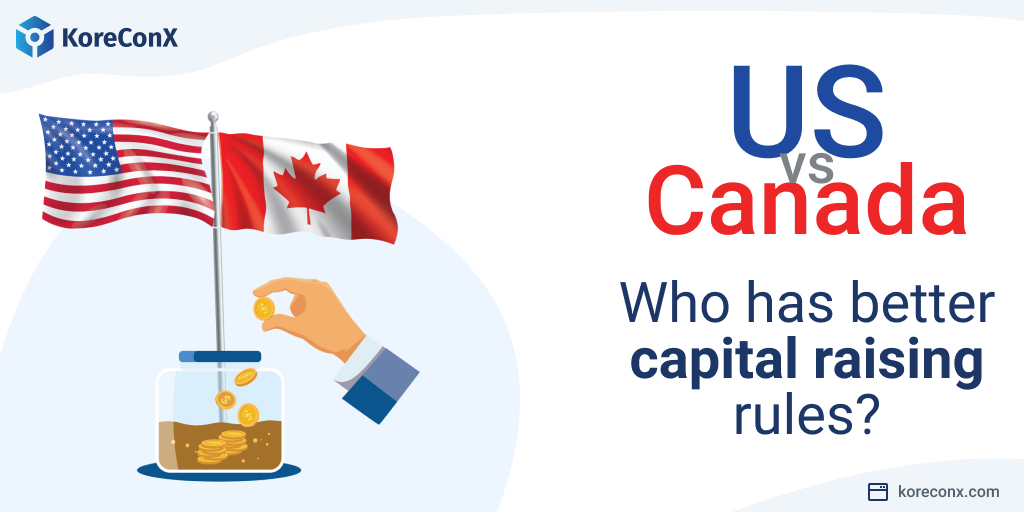 When it comes to raising capital for your business, there is some confusion between rules in the United States and Canada. Can Canadian companies file for Regulation A+ like a United States company? Yes, but with some important caveats. The important thing that separates the two North American countries are some simple but distinct differences in securities law.

With the 2012 JOBS Act (and its subsequent additions), Rule 251(b)(1) says Regulation A can only be used by: “an entity organized under the laws of the United States or Canada, or any State, Province, Territory or possession thereof, or the District of Columbia, with its principal place of business in the United States or Canada.” The United States, through the SEC regulation, has allowed Canadian companies to file the same as US companies, but the rules of law in Canada still apply. You have to follow the rules established by the SEC or any federal law, as there are significant ramifications if you are not compliant.

The best thing about having a broker-dealer is that they can act as an insurance policy. Some companies expect that they can handle the offerings for a Reg A+ on their own, which is possible, but it will ultimately end up costing you more money in the end. This means that for several states in the US, you have to be a FINRA licensed broker-dealer, who is registered as a broker-dealer in that state, to sell securities. If you ignore this rule, it only takes one complaint to have a state securities regulator coming down on you.

Essentially if this were to happen, you would need to give all the money raised back and pay a fine, but most importantly, they would bar you from ever raising capital in that state. Now, as a bad actor in one state, you may not be able to raise capital in any state. There are huge repercussions to doing this wrong when you can pay a broker-dealer to handle this for you. This is the same for a US company as well as a Canadian company.

The beauty of the SEC and FINRA is that it forces transparency and accountability. While this is a safeguard for the investors more than for the company, it is still an important step to doing this process correctly.

As the system is created, in the United States, a lawyer can practice law in a state and federal law in all 50 states without needing a license in each state. However, if a US lawyer is licensed to practice in Florida, they cannot give legal advice in another state about state law. Instead, you would have to involve a licensed lawyer from that state if issues arise there. The difference here is that in Canada, this is not the same. If you have a lawyer in Alberta, they cannot provide you with advice in British Columbia or Ontario.

One of the many differences between the United States and Canada is the number of citizens. Within the US, the current population is nearly 333 million. In contrast, the Canadian population is just over 38 million. When you raise capital through Reg A+, you want to have access to as many potential investors as possible. You will most likely end up spending the same amount of money in either country, as the Reg A+ laws make it easier to file than it used to in the US.

The main difference you will see is in the rules about offering to US citizens and Canadian citizens. The American investor can freely trade securities in a secondary market, while the Canadian investor can do nothing but hold it. The primary raise is one set of laws, but the secondary rules in Canada are different.

When it comes to Reg A+, the financials of a company need to be audited before filing and they need to qualify. First, an important note is every company attempting a Reg A+ needs two years of audited financials if they’ve been in business for two years. If they’ve been in business one year, they need one year. Even if they are a startup, they still need to provide audited financial statements, even if there is not much to show. The difference here comes from the agency they can file with. In the United States, it is US GAAP and US GAAS. In Canada, they have the option of using IFRS.

When it comes to raising capital in either jurisdiction, there are notable differences in securities laws that need to be met. Whether you are a US or Canadian company looking to use the exemptions like Regulation A+, building a team of experienced broker-dealer and legal partners will ensure a successful and compliant capital raise.