The JOBS Act as the Founding Father Of A New Economy 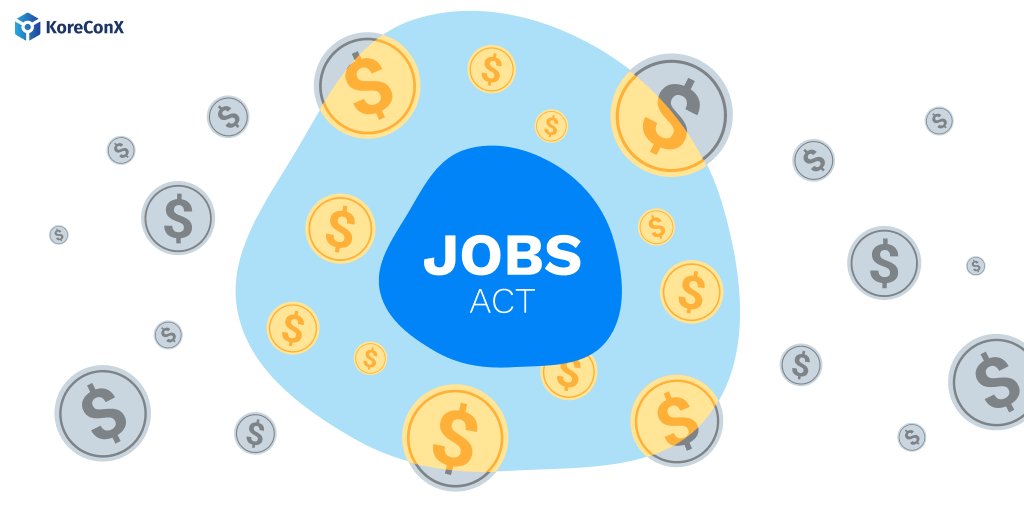 April 5th, 2012. On this day, Barack Obama, 44th President of the United States, signed the JOBS Act into law. This has touched so many lives in so many ways that simply saying the JOBS act has democratized access to capital, does not fully capture the impact. We are talking about creating jobs, and helping people realize their dreams by developing solutions, and not only about capital markets. We can call the it The Founding Father Of A New Economy.

David Weild IV, father of the JOBS Act, has remarked that this was not a political action; it was signed in “an incredibly bipartisan fashion, which is really a departure from what we’ve generally seen. It actually increases economic activity. It’s good for poor people, good for rich people. And it adds to the US Treasury”.

Expanding Benefits In A New Economy

Five years later, in July, 2017, the SEC started expanding access to the JOBS Act benefits originally available only to emerging growth companies (EGC). These could submit draft registration statements relating to initial public offerings for review on a non-public basis. Permitting all companies (not just EGCs) to submit registration statements for non-public review, provides companies with more flexibility to plan their offerings.

Private capital markets have grown more important, as both accredited and non-accredited investors started to be a bigger part of raising capital and actually becoming shareholders. There are more than $5 trillion of uninvested funds currently available, and this number is only expected to grow in the coming years.

This strategy that considers environmental, social, and governance factors. This investing style has been gaining in popularity in recent years, as more and more investors are looking for ways to invest in companies that positively impact the world. The focus on this kind of company, with strong commitment to ESG concerns, will grow especially among equity crowdfunding.

With the private capital markets blooming and so many new firms and platforms surfacing, it is only natural that users, issuers, and even broker-dealers and transfer agents feel confused and overwhelmed with logins and uncertain about compliance issues. This is something that the regulations were very careful about: protecting both investors and issuers, creating safe investment ecosystems.

As the JOBS Act has really opened up new ways to operate as the Founding Father of a new economy, there will be many opportunities for new players to enter the markets. These are very exciting times for being optimistic about the future of our startups.