Shareholder Rights and Why They’re Important to Know 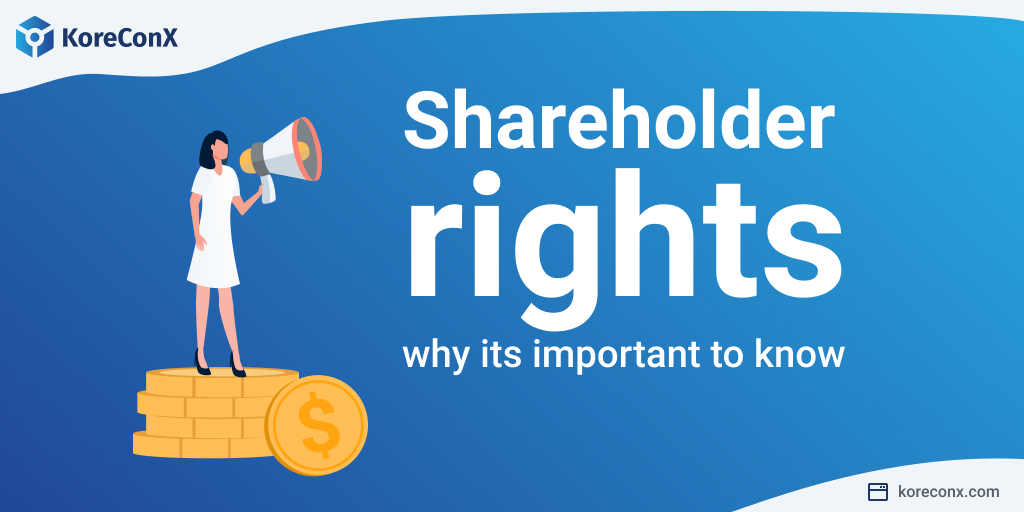 The first thought that comes to mind when someone says “shareholder,” is Wall Street, understandably, as Wall Street is home to the New York Stock Exchange and NASDAQ, the two largest stock exchanges in the world. In this sense, becoming a shareholder is dependent on owning stock. A common word in the financial industry, a stock is a unit of measure for how much of a company a shareholder owns. When it comes to the stock market found on Wall Street, those are stocks being traded in public companies, like Apple, Microsoft, and Amazon. These are household names, but there are also privately-owned companies that you would know by name, like Koch Industries, Bloomberg, Staples, and Petsmart. These private companies also have shareholders, who have rights associated with their ownership in a private company. For private company shareholders, there are three major rights; access to information, voting rights, and the ability to attend and participate in meetings.

One quick comparison we can make between private and public companies is the number of shareholders they have. Because a public company has shares available on the stock market, there is a greater opportunity for everyday people to grab at least one share, while private companies traditionally have far fewer shareholders because there is less access. However, the JOBS Act is changing the landscape, allowing the everyday investor to access more investment opportunities in private companies through Regulation A+ and Regulation CF. These regulations allow investors to invest smaller amounts of money in exchange for shares of a private company. No longer are these types of investments limited to accredited, angel, and venture capital investors.

However, this plays a role in the rights of shareholders due to the volume of your voice in meetings and decisions. One right that shareholders have is the ability to attend meetings on major decisions in the company. When there are fewer investors in a company, the louder your voice will be in the room. This is important because by owning a part of that company, shareholders gain the right to participate and attend meetings to protect their investment from decisions that they feel would misuse their funds.

It is important to know your rights as an investor whether it is in a public or private company because you have put your money in the hands of others with the expectation that they will use it to grow and make more money for you in the future. As an investor in a private company, you have more say than an investor in a public company by the fact that you are one of few as opposed to one of many. Use that power and protect your investment; remember that if you own stock, you own part of the company and have rights.