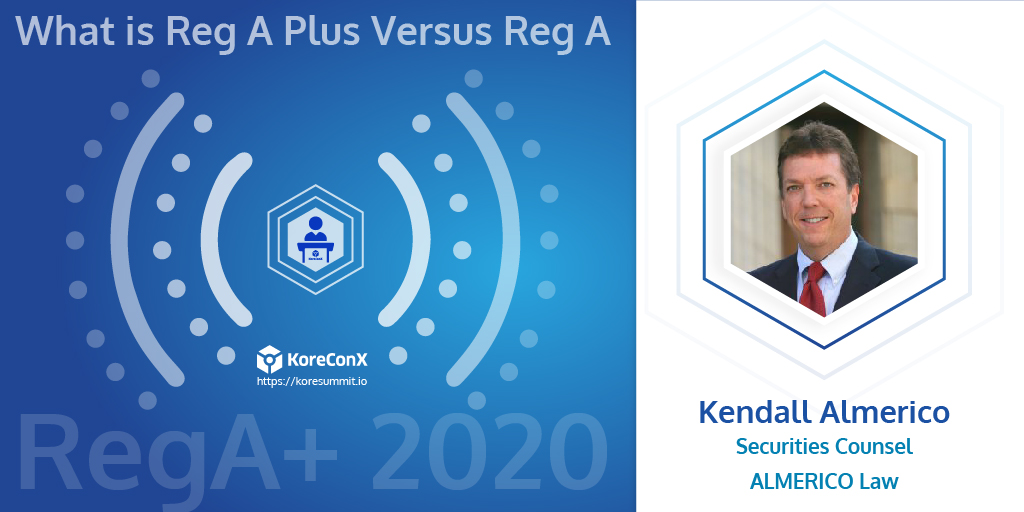 The simple answer is that today, Regulation A (Reg A) and Regulation A+ (Reg A+) are the exact same law. There is no difference, and the two terms may be used interchangeably.

Some confusion stems from the two similar terms, and there is much misleading information about this online. I’ve even spoken at events where I’ve heard other lawyers claim the two laws are different. They are not.

Historically, there was no Reg A+, there was only Reg A. Regulation A was an infrequently used law that allowed a company to raise up to $5,000,000 from the general public, but with the company still having to go state-by-state to get Blue Sky law approval for their offering.  This expensive and time-consuming process of dealing with review of an offering by 50+ state regulators made Regulation A far too expensive and time-consuming for most issuers to only be allowed to raise $5,000.000.

In 2012, the Jumpstart Our Business Startups Act (JOBS Act) became law, and Title IV of that act amended Regulation A in many ways, most notably (a) doing away with the state by state blue sky law requirement and (b) raising the limit from $5,000,000 to $20,000,000 or $50,000,000, depending on which “tier” of the law is used. Congress took a virtually worthless law, and turned it into an excellent and company friendly law that has allowed many companies since to raise millions.

Interestingly, since in 2012 when the law went into effect, and even since 2015 when the SEC passed its rules allowing the law to actually be used, the law is still officially called Regulation A. But, both the SEC, and commentators also started simultaneously calling the law “Regulation A+” or “Reg A+” to note that it was a supercharged version of the old Regulation A law.

What are investor limits on investment size of both?

As noted in my other blog article, these is no difference between Regulation A (Reg A) and Regulation A+ (Reg A+). They are the exact same law.  The two terms may be used interchangeably. Therefore, investor limits on investment size are the same for either term.

However, there are investor limits on how much an investor may invest in Regulation A. These limits depend on which “tier” of the law is being used.

Tier 1 of Regulation A allows a company to raise up to $20,000,000, but the company must go through Blue Sky law compliance in every state in which it plans to offer its securities. There are no limitations on whether someone can invest, or how much someone can invest, in a Tier 1 offering.

As a side note, Tier 1 offerings tend to be limited to one state, or a small number of states, because of the added cost of Blue Sky compliance. The SEC does not limit the amount of investment, but states may have limitations in their securities laws, so an analysis of each state’s securities laws is necessary if doing a Tier 1 offering.

Tier 2 of Regulation A allows a company to raise up to $50,000,000, and the company does not have to go through Blue Sky law compliance in any state in which it plans to offer its securities. However, there are limitations on how much someone can invest, in a Tier 2 offering if the offering is not going to be listed on a national securities exchange when it is qualified by the SEC.  If the Tier 2 offering is going to be listed on such an exchange, there are no investor limitations.

For a Tier 2 offering that is not going to be listed on a national exchange, individual investors are limited in how much they can invest to no more than 10% of the greater of the person’s (alone or together with a spouse) annual income or net worth (excluding the value of the person’s primary residence and any loans secured by the residence (up to the value of the residence).

There are no limitations on how much an accredited investor can invest in either a Tier 1 or a Tier 2 Regulation A offering.