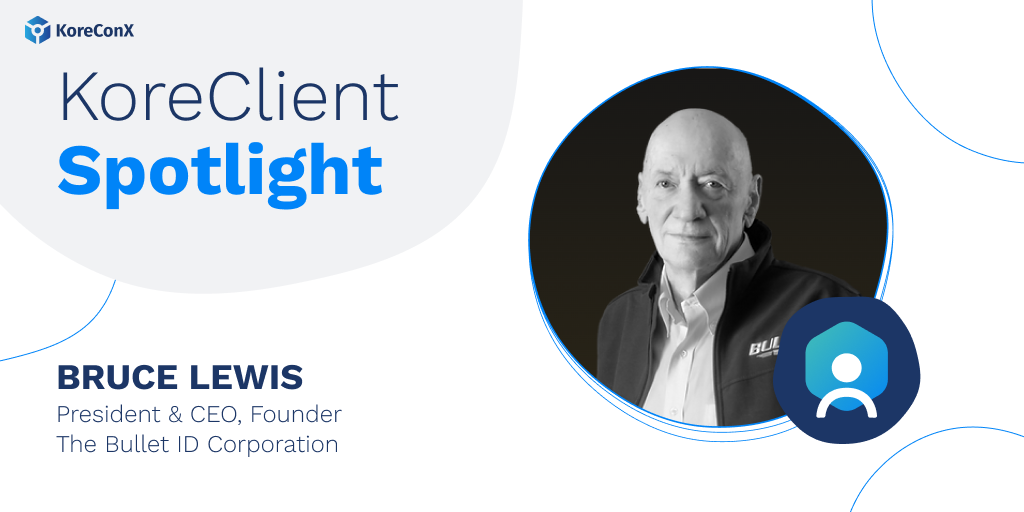 Bruce Lewis is a serial entrepreneur who has had his share of successes and failures. He is now 82 years old and has started a new company that he’s made his life’s mission. Through this venture, BulletID, Lewis aims to reduce gun violence by tracking ammunition. We recently got to sit down and speak with him about his work with BulletID and how JOBS Act regulations will help his company grow.

With his years of experience growing companies and his entrepreneurial spirit, Bruce Lewis is confident that BulletID will be able to make a difference in the fight against gun violence. Lewis is no stranger to hard work and determination, and he hopes his latest venture will be successful in positively impacting the world. As an entrepreneur since childhood, Lewis has always had a knack for starting and scaling businesses. He has tried various ventures, some of which have been more successful than others. However, he has never given up and always maintained the entrepreneurial spirit he received from his father and grandfather.

One of Lewis’ earliest and most successful businesses came from a restaurant equipment supply company that he owned and operated after he married his high school sweetheart. By acquiring the 45 companies that supplied his restaurant supply company with unique products, Lewis was able to create a company that would eventually grow to 100 million in sales and over 1,000 employees by 1988. One of these companies was an early adopter of placing UPC barcodes on items, and his partners put it out in the rest of the world, while Lewis implemented it in Canada. BulletID would eventually utilize this barcode concept.

Lewis was devastated after hearing the heartbreaking story about a four-year-old killed by a stray bullet at a birthday party; he knew he had to make a difference. In 2016, Lewis started BulletID to reduce gun violence by tracking ammunition using the same barcode technology originally designed to let supermarkets better manage their inventory. Through this company, law enforcement and military personnel can instantly track essential information about a bullet, such as inventory, ownership history, manufacturer, and type. This is done through a barcode printed into the brass cartridge. With this information, it will be easier for authorities to trace a bullet back to its owner and determine if it was used in a crime. Additionally, it makes it easier for the military to track their ammunition, especially when hundreds of millions of dollars worth of ammo is scrapped each year because of poor tracking capabilities. With BulletID, the process is as easy as scanning the cartridge on a smartphone, and from anywhere in the world, law enforcement and military can see available details within 10 seconds.

“Criminals never leave the gun behind, but they do leave the shell cases behind. A homicide detective can scan [the casing] and it tells them who owns it. It’s a miracle but it works,” said Lewis of how BulletID can be used by law enforcement. Lewis hopes that by tracking ammunition, law enforcement and military personnel will be able to reduce gun violence by keeping ammunition out of the hands of criminals or easily identifying suspects in a gun-related incident.

Lewis is hopeful that BulletID will successfully make a positive impact on the world and plans to make this his mission for the rest of his life. He, and his team, are filled with energy and excitement for what they’re building. And, with the help of JOBS Act regulations like Reg A+, BulletID continues to raise the necessary capital to accomplish this goal. As he says, “the technology is there. Governments just need to embrace the technology.”

This communication may be deemed to be a solicitation of interest under Regulation A under the Securities Act of 1933, in which case the following apply: