How the Unaccredited Investor Benefits from RegA+ 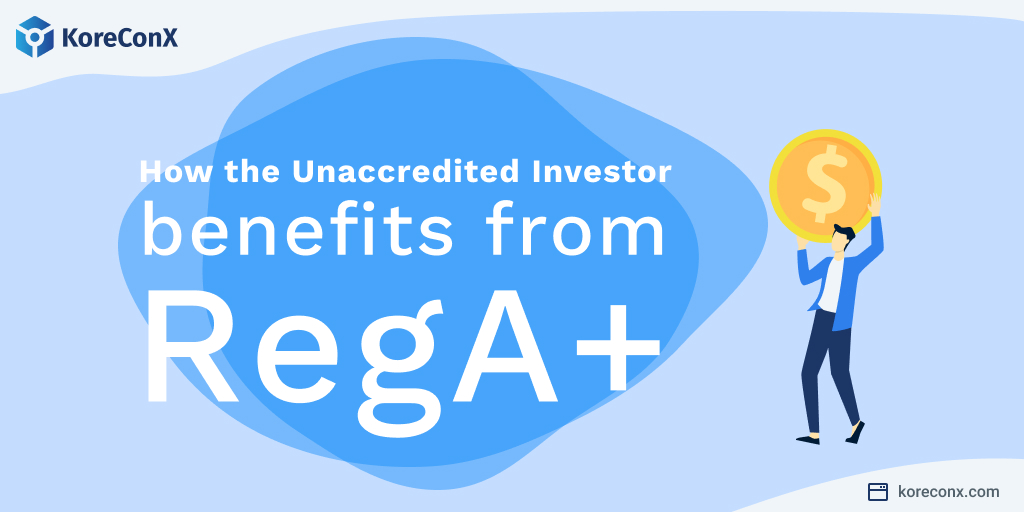 The passage of the JOBS Act in 2012 set in motion a significant change for the private capital markets. For so long, investments in private companies could only be done by wealthy accredited investors who would benefit immensely if the company was ever to go public during an IPO. While the everyday person has long been able to buy stocks of a public company, the potential for such a significant return on their investment was low. It was thought that this was to protect investors from the risk of a private company.

However, the JOBS Act has rewritten this narrative, allowing anyone to invest in private companies raising capital through exemptions like Regulation A+. When the act was first passed into law, companies could raise up to $5 million. However, it has since undergone a few notable changes that transformed it from an infrequently used exemption to one that allows companies to raise a significant amount of capital. The first came in 2015 when Title IV amended the JOBS act to allow companies to raise up to $20 million and $50 million from tier 1 and tier 2 offerings, respectively. Again in 2020, the SEC announced further amendments allowing companies to raise up to $75 million through tier 2 offerings, which went into effect March 15, 2021.

Since the change in 2015, SEC data shows the impact it has had on the number of offerings under this exemption. In 2015, only 15 companies had qualified for either tier 1 or tier 2 offerings. In 2019, this number had increased to 487 companies. With so many companies conducting offerings under Regulation A, and the number increasing year over year, there are more opportunities than ever for the non-accredited investor. They are free to research investment opportunities, deciding if the investment fits with their investment goals and risk tolerance. They are free to identify companies that align with their philosophies, values, and causes that are important to them. For example, an investor may have a strong affinity for reducing their environmental impact. They can choose to invest in a company that also upholds this same value.

In addition, the emergence of a secondary market for private company investments opens up a new possibility for liquidity. Previously, private company shares could only be sold or traded once a company had gone public. However, now investors have the opportunity to sell their shares to other interested investors.

The JOBS Act has allowed non-accredited investors to enter the playing field in the private capital market. Just as the companies who can now use RegA+ to raise capital, investors can use the offerings as an opportunity to make a profit and support companies they believe in.