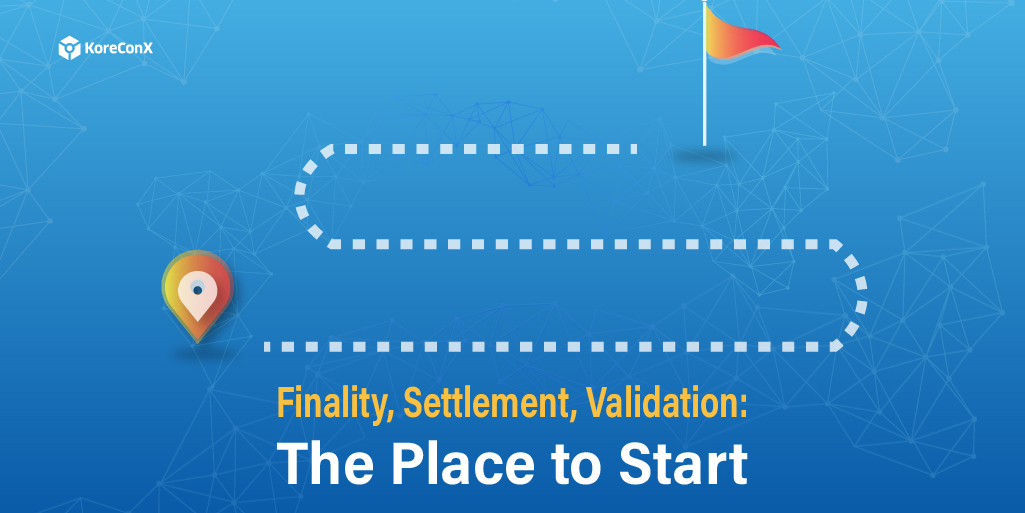 One of the most important concepts in capital market transactions is settlement and finality. Even though the payment infrastructure gets the majority of airtime, settlement finality is just as, if not even more, important in the securities markets. In the public markets, the structure of securities and the clearance and settlement process is quite standardized. In the private markets, a segment that is three orders of magnitude larger than the public markets, standardization does not exist. Rather than an issue, this is the strength of the private markets, since both private companies and their investors need flexibility in securities contracts. Regardless of all this, settlement finality is equally important in both markets.

The issue of settlement finality actually applies to all legal contracts in the sense that terms and conditions cannot be stated in probabilistic terms. Would you sign an employment agreement where the fine print says there is a one-in-ten chance that you would not be paid every two weeks?

In justifying Polymath’s latest move to abandon Ethereum as their platform of choice for security tokens, Adam Dossa, Polymath’s head of blockchain, rightly observed, “At the center of contention is ethereum’s consensus mechanism, proof-of-work (PoW), which only offers a statistical guarantee of transaction finality.” As we pointed out early last year in one of our KoreBriefings where we evaluated Ethereum, “Finality [in Ethereum] is probabilistic and not guaranteed.” Probabilistic or even statistical finality in legal agreements just will not do.

In “Principles of Market Infrastructure,” a publication of the Bank of International Settlements, Principle 8 (Settlement Finality) requires that “An FMI [Financial Markets Infrastructure] should provide clear and certain final settlement, at a minimum by the end of the value date. Where necessary or preferable, an FMI should provide  final settlement intraday or in real-time.”

Note the definitive language of “clear and certain final settlement.” This excludes probabilistic or statistical finality. Melvin Eisenberg, Professor of Law at the University of California, Berkeley, says, “The classical law approach to the certainty principle reflects the binary nature of classical contract law. Indeed, this approach is often referred to as the all-or-nothing rule.”1  Prof. Eisenberg goes on to provide examples of the “rejection of a probabilistic analysis.” While much of that treatment is related to damages due to non-performance of contracts, the concept of certain finality is quite relevant for securities transactions. This is a serious issue that has lately garnered a lot of attention.

Settlement finality is a statutory, regulatory, and contractual construct.2  Settlement is actually a two-step process: first is the operational settlement, which consists of all the steps using technology or otherwise to complete the process of trade, transfer, or corporate action. The second step is the legal settlement that happens when the regulatory framework provides the final approval, at which point a transaction is deemed to be fully settled. The problems due to the uncertain nature of operational settlement in Ethereum are well-known, even if generally ignored. The concept of legal settlement, on the other hand, simply does not even exist in the security token protocols based on Ethereum.

Blockchain technology must first achieve operational finality before the regulatory framework can certify legal finality. Public blockchains can only specify probabilistic and statistical finality. Smart contracts have to also provide for legal settlement. A permissioned blockchain such as Hyperledger Fabric is designed for guaranteed finality. The KoreProtocol of KoreChain, a blockchain application built on Fabric for managing the entire lifecycle of private securities, is designed to ensure legal finality also. One example of legal finality is that directors’ approval of private securities trades under certain conditions, as set forth in the shareholder agreement, is necessary before such trades are deemed to be final. The KoreProtocol is designed to capture this requirement and the KoreChain is designed to implement it.

While Polymath is the latest of the Ethereum advocates that has woken up to the fact that Ethereum isn’t the right blockchain platform for financial securities, they have not been the first. Several private companies, their securities attorneys, broker-dealers, and many other participants have noticed this deficiency and chosen to go with permissioned chains such as the KoreChain.

More significantly, Vitalik himself was the first to point this out way back in May of 2016 (over three years ago—a lifetime in crypto-space) in a blog post on Settlement Finality: “This concept of finality is particularly important in the financial industry, where institutions need to maximally quickly have certainty over whether or not the certain assets are, in a legal sense, “theirs”, and if their assets are deemed to be theirs, then it should not be possible for a random blockchain glitch to suddenly decide that the operation that made those assets theirs is now reverted and so their ownership claim over those assets is lost.”

Advocates of public blockchain also seem to be coming to the realization that when financial securities are exchanged between two parties, independent and unverified miners have no legal authority for validating the transaction. Parties who have no fiduciary responsibilities, no regulatory mandate, or any skin in the game cannot perform business validations. Would you ask a stranger in New Zealand to approve the transfer of your shares in a private company to your friend when you, your friend, and the private company are all domiciled in the USA? As Polymath’s Dossa observers, “How ethereum settles transactions through mining also came into consideration for Polymath. Since miners, who process and sign-off on transactions for a fee, can operate anywhere in the world, institutions could face government scrutiny if fees are traced back to a sanctioned country.” More to the point, securities law does not recognize approvals of securities transactions from parties who are not associated with or have any fiduciary responsibility for securities transactions.

Principles of settlement finality and authoritative validation of transactions remain some of the most important cornerstones of establishing trust in the financial markets infrastructure. It is up to the blockchain application designers to understand the spirit and intent of these principles and select technologies that facilitate the implementation of such principles rather than hinder them. It is up to the business participants (company management, securities attorneys, and broker-dealers) to recognize the importance of these principles and the limitations of some blockchain platforms.

Incentives often have unintended consequences. We see this happen often with children and pets. Public blockchains are all about decentralization, but in fact miners’ incentives have all but centralized the blockchains. In contrast, consider that within KoreChain we have not left the question of decentralization to the vagaries of unknown miners. Instead, the KoreChain is engineered for decentralization. It is an implementation of the Infrastructure of Trust that currently runs in production in twenty-three countries; in barebones minimal cruising mode, it is capable of handling approximately 10 billion transactions per year (~318 tps) with consensus on business validity. KoreChain’s architecture also makes it massively scalable with very little effect on performance. However, as Vitalik rightly points out, finality can never be 100% even if the technology can achieve absolute finality since the ultimate arbiter of finality is the legal system. For this reason, KoreChain includes KoreNodes that are owned and operated independently by regulated entities and regulators worldwide.