A Look Back on the Last Year of RegA+ 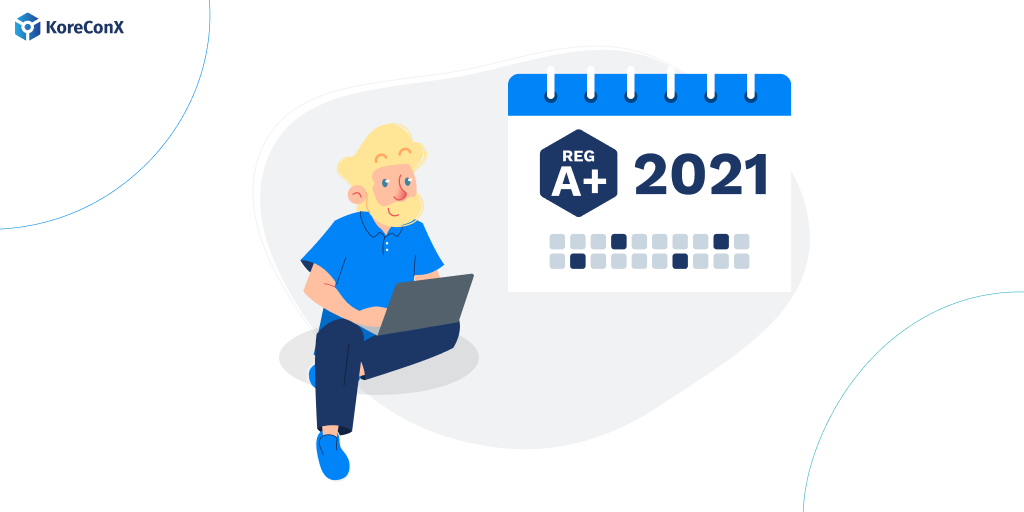 Marking a huge step forward in equity crowdfunding opportunities for entrepreneurs and investors alike, one year ago, the SEC’s game-changing decision went into effect that allowed businesses to raise $75 million through RegA+ and $5 million from RegCF. These new limits were a significant increase from the former $20 million and $1.07 million limits for RegA+ and RegCF, respectively. To celebrate this one-year anniversary, we take a look back at the progress that has been made and how this new fundraising avenue is benefiting startups and businesses of all sizes.

The History of RegA+ and RegCF

Regulation A+ and Regulation CF are securities offerings brought to life through the JOBS Act, passed in 2012. They allow companies to raise money from investors without going through the process of a complete initial public offering.

Regulation A+ was created by the US Securities and Exchange Commission (SEC) as an amendment to Regulation A of the Securities Act of 1933. It allowed companies to raise up to $50 million from unaccredited investors, a limit increase to $75 million in March 2021.

The main benefit of Regulation A+ is that it allows companies to avoid some of the more demanding regulatory requirements that are usually associated with a public offering. It is also less costly, which is essential in creating more opportunities for issuers to take advantage of the exemption. For Tier I offerings, companies are required to file audited financial statements and ongoing reporting. On the other hand, Tier II offerings do not have requirements to register with state securities regulators.

RegCF allows companies to offer and sell their securities to the general public, including unaccredited investors, through crowdfunded ventures. Both Regulation A+ and RegCF are a way for companies to raise money without giving up significant equity or control of their company. The main drawback to both RegA+ and RegCF is that they are not as well-known as other fundraising methods, such as an IPO or private equity. As a result, it can be more challenging to find investors who are willing to invest in a company through either of these methods, but there are ways to be ready for this capital-raising journey.

Despite this, there has been a surge in companies using Regulation A+ and RegCF in the past year. This is likely because traditional fundraising methods are becoming increasingly difficult  and cost-prohibitive for startups and small businesses. Another main reason is the substantial increase in the amount a company could raise with these regulations, making it also an attractive way to raise capital for larger offerings like in real estate or Medtech.

Once more reliable Q1 numbers become available, we can better estimate how much was raised in the year since the capital that RegA+ could raise was increased. In 2020 before the change in the amount of capital companies could raise, it is estimated $1.48 billion was raised from RegA+. In 2021, when the increased capital raise was available for most of the year, over 2 billion was raised.

In 2020, $239 million was raised using RegCF before the changes to how much capital could be raised. When the amount that RegCF could raise was increased from a little over a million to $5 million, the total amount raised in these campaigns soared to $1.1 billion in 2021. We do not have exact numbers yet on how much has been raised in the year since the capital increase, but this figure is expected to double in 2022. This would mean that in the three years since the increase in how much capital could be raised, over $3.5 billion has been raised with these methods. This number will continue to grow as people become more comfortable with these types of investment vehicles and as the infrastructure surrounding them becomes more robust.

By lowering the requirements for entry into capital raising with these regulations and increasing the amount that can be raised, the JOBS Act has allowed more people to invest in the growth of small businesses. This, in turn, is helping to create jobs and support the economy.

David Weild, Former Chairman of the NASDAQ and Father of the JOBS Act, had this to say about the increase in how much capital companies could raise; “It means more capital will be available for entrepreneurs, allowing their ideas to become realities and helping create living wage jobs across the U.S.”

This is a huge win for small businesses, investors, and the economy. The increase in how much capital can be raised has allowed more people to invest in small companies, which helps create jobs and support the economy.

In the past year, there has been a surge in the number of companies that have used Regulation A+ and RegCF to raise capital. This is likely due to these methods being less well-known than other forms of fundraising, such as an IPO or private equity. The increase in how much can be raised with RegA+ and RegCF has allowed entrepreneurs more access to capital without giving up ownership or control over their company.