I’ve been in Shanghai and Hong Kong quite often over the last few months, speaking at events and meeting with partners. As a Canadian, what struck me most is scale. There is outstanding potential here, and that in itself isn’t at all surprising; but for alternative finance, the Asia-Pacific region has progressed at breakneck speed. The Asia-Pacific Alternative Finance Benchmarking Report gathered data from 17 countries that played this out.

Asia is the largest single market in the world — China’s alternative finance market alone grew from USD $5.56 billion in 2013 to $101.7 billion in 2015. Calling this rise meteoric wouldn’t be overstating much, and it isn’t so surprising considering that China also has the world’s most connected population.

The report questions how best to nurture this growth to create a sustainable ecosystem and countries are opting for different approaches. Some create bespoke rules for online finance, while others apply existing regulations. The true socio-economic impact of online alternative finance is yet to be seen, but it’s clear that it is, and will continue to be, broadly felt.

Chinese alternative investors don’t rely on institutional lending to the same extent that other alternative finance marketplaces do. According to the report, alternative lenders and investors have acted quickly to fill the gap left by institutional investors by expanding the range of online financing services, leaving banks in the dust in fields like such as consumer credit, cars, education, and training, as well as Small and Medium-sized Enterprise (SME) financing.

Despite the many marketplace and peer-to-peer lending platforms in China that operate by best practices and that have sound management capacities, the existence of fraudulent platforms highlight underlying challenges in the industry.

The primary risks to credit and investors associated with this finance model are associated with difficulties monitoring due diligence, underwriting, and credit risk control. In some cases, inexperienced teams, corruption, and fraud have resulted in platform collapses.

Notably, E’zu Bao, a peer-to-peer lending platform, recently collapsed after its executives were found to have embezzled $7.3 billion from over 900,000 investors in a short-lived Ponzi scheme.

Wangdaizhijia, the research partner of the report’s producers, recorded a number of “problem incidents” associated with the risks mentioned above. They recorded 92 such incidents in 2013, a number that rose to 367 in 2014. In 2015, the number of incidents stood at 1,263.

In response to these problems, the Chinese government enacted policy designed to foster the growth of Internet finance, as well as the development of platforms for lending, asset management, and insurance while at the same time implementing “moderately loose regulatory policies” as outlined in the People’s Bank of China Guiding Opinions on Promoting the Healthy Development of Internet Finance document.

These measures are intended to support private financing channels, opening up new platforms that can be standardized and regulated. The new policies mandate that all marketplace or peer-to-peer lending platforms must hold borrower and lender funds in a registered financial institution, and not with the alternative finance platform itself.

Lenders and borrowers then transfer funds via the institutionally-held account with a view to consolidating operating platforms. If it is ineffectively used, it may result in further barriers to entry for newly established platforms. 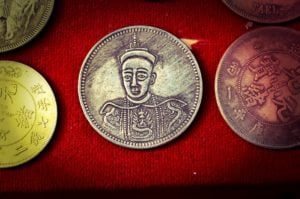 While the growth of the alternative finance market in China is impressive, it represents a fraction of the total volume of Chinese bank lending. The report tells us that consumer lending by registered banks was approximately $3 trillion USD in 2015. This figure is 57 times greater than the $52.4 billion number reported by marketplace/peer-to-peer consumer lenders.

I’ve spent a lot of time in the past talking about the US equity crowdfunding landscape, the regulations, trends, and issues that it faces, but when I travel, I’m astounded by how much of a change I see globally. Nothing exists in a vacuum and markets across the world are all marching forward. The problems and growing pains experienced by one have a ripple effect in others, and limiting the discussion by borders is unnecessary.