10 Years Later: How the JOBS Act Has Revolutionized Capital Raising 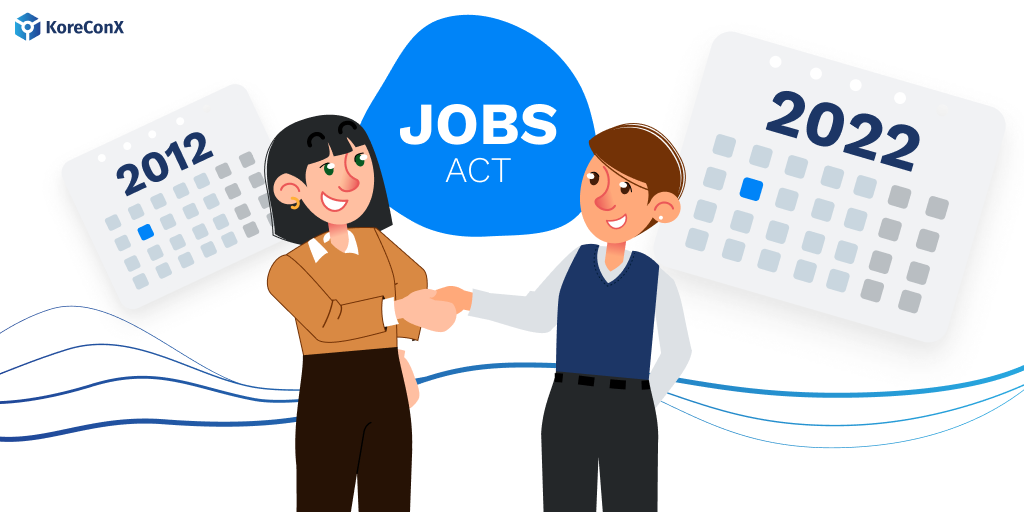 It’s been ten years since the JOBS Act was passed, enabling companies to raise capital in ways never before possible. What started in Washington, the brainchild of David Wield, is now a well-oiled machine that has funded thousands of companies and is constantly evolving. Ten years on, the various JOBS Act regulations have been put to great use, and we are only at the tip of the iceberg.

The JOBS Act was passed in 2012 to help small businesses and startups raise capital. The main idea was to make it easier for private companies to raise money from investors, without requiring them to go through the cost-intensive process of going public. The JOBS Act did this by introducing new regulations, such as Reg D, Reg CF, and RegA+ for raising capital from accredited or non-accredited investors.

Before the JOBS Act, companies were limited in raising money. They could only raise money from accredited investors and eventually needed IPO to access such a hefty amount of capital. With recent expansions of regulations like RegA+ and CF, companies can now raise $75 million and $5 million, up from $50 to $1.07 million. On the tenth anniversary of this monumental legislation, we can look back and see how this legislation has impacted businesses and the economy as a whole.

The JOBS Act has been a monumental success in helping businesses raise significant capital. The various regulations have allowed companies to raise more money while remaining private and giving them more fundraising options.

One of the most popular regulations is Reg A+, allowing companies to raise up to $75 million from non-accredited investors. This has allowed thousands of companies to raise billions in capital, with an estimated $1.48 billion being raised with Reg A+ in 2021 alone. In addition, the exemption has been upgraded to make it significantly more usable and has seen a surge in businesses utilizing it.

Another popular exemption is Reg CF, which allows businesses to raise up to $5 million from non-accredited investors.

Reg D has also been popular, allowing businesses to raise capital from accredited investors only, and has been a popular option for companies looking to remain private.

The JOBS Act has many benefits for companies who want to raise capital, but staying private is one of the biggest advantages. Staying private is growing even more attractive to companies, especially considering they can make a secondary market available for shares bought under JOBS Act exemptions.

Plus, by raising capital through these methods, companies can continue to grow and expand without worrying about private equity firms or other investors taking control. This allows the company to maintain its independence and gives management the ability to make long-term decisions without worrying about short-term results.

The JOBS Act has made it easier for companies to stay private by increasing the amount of capital they can raise and reducing the regulatory burden. This has made these regulations a very popular option, evening the playing field and decreasing the reliance on IPOs to raise capital.

Continued Success for the JOBS Act

The JOBS Act has been a great success, benefiting entrepreneurs and investors alike. After ten years and the recent increase in the amount companies can raise, the JOBS Act has continued to be an attractive opportunity for private companies. But there is always room for improvement, some possible developments in the future include:

While these suggestions would improve the JOBS Act, it is ultimately up to the SEC to show true vision by deregulating as per the suggestions above. Only time will tell what the future holds, but it is clear that it has been a success.

Overall, the JOBS Act has been a massive success in helping businesses raise capital and has increased the number of companies with access to capital. It has also helped enterprises stay private and given them more options for fundraising.

The JOBS Act has been in effect for ten years now, and it has completely revolutionized the way companies raise capital. Regulations like CF and RegA+ have made it significantly easier for companies to access capital, and KoreConX has been there every step of the way to help companies navigate these new waters.